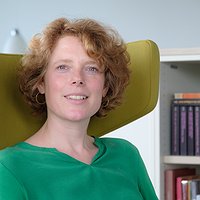 Religion and Economy: Relationship between these two socially differentiated yet intertwined spheres, including from the perspective of the sociolgy of religion, history of religion, and economics

Since April 2022: Associate Professor for the Sociology of Religion

November 2019 - December 2020: Scientific Coordinator of the Graduate School Religious Plurality and Its Regulation in the Region (RePliR)

since April: 2017 Associate Editor of Entangled Religions, Interdisciplinary Journal for the Study of Religious Contact and Transfer

February 2013 – May 2015: Empirical research in Minnesota and Wisconsin, USA

October 2006: Ethnographic methods training with the department of Cultural Anthropology at the University of Trier, Germany, in Vietnam

"Theories and Approaches in the Study of Religion", B.A. (Sociology, Religious Studies)

"Faith and the Vote: Religion and Politics in the United States", B.A. and M.A. (History, Religious Studies)

"On the Right End of the Spectrum: Conservative Religion in Contemporary America", M.A. (Sociology, Religious Studies)

Research Associate of Center for Religious Studies and CERES Teaching