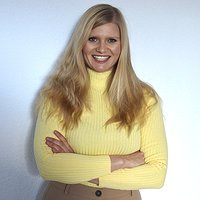 A generation under a spell – witchcraft in modern society​​​​​​

Teaching Assistant "Between the flood of images and iconoclasm: On the role of images in religion and society"

November 2022: "God will not let you take me!" Religious Storytelling and Religious Symbolism in Video Games, Lecture at the Kath. Hochschulgemeinde Dortmund

July 2022: "Regulating (self-) perception? – Images and their potential for research on NRMs", Presentation as part of the online seminar of inform (Information Network Focus on Religious Movements) based at King’s College, London: "New Media and New Religiosity – Possibilities and Pitfalls?" https://inform.ac/upcoming-events/

July 2022: Preparation and organization of the seminar "New Media and New Religiosity – Possibilities and Pitfalls?", as well as moderation.

May 2022: God Mode: Religious Symbols and Narratives in Video Games, lecture at the Kath. Hochschulgemeinde Paderborn

November 2021: "Power of Images - The Function of Media for New Religious Movements", lecture at the 52nd IDZ Expert Discussion of the Working Group for the Protection of Children and Young Adults NRW.

November 2019: "Riding, Roping, Resurrected – When Christianity meets Horsemanship". Symposium at the Folkwang University of the Arts as part of the inter-university series "Ethnology in the Ruhr Area.

January 2019 – June 2019: Study and research stay at the University of Kansas, KS, US. Field research on the subject of "Cowboy Churches."

Astrology as an Expression of Popular Spirituality? - An analysis of religious studies in context of Hubert Knoblauch's concept of spirituality

Honor killings in the name of Islam? On the justification of honor killings based on an analysis of the concept of honor using Hatun Sürücüs as a case study.

"I am a Paladin!" - What interaction emerges between portrayed and lived religiosity in the context of (online) role-playing games?