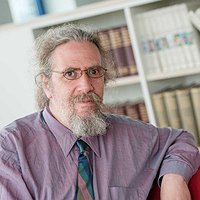 Unscheduled Professor of the History of Religions

Unscheduled Professor for the History of Religions

Adam Knobler joined the faculty of CERES in 2013. He was Associate Professor of History at The College of New Jersey from 1998 to 2013. Prior to that he was Assistant Professor of History at TCNJ from 1992 to 1998 and Adjunct Instructor in History at Pennsylvania State University in 1991/1992. Professor Knobler teaches courses on the history of religions, especiallly Judaism and interfaith relations in the medieval mediterranean.

Adam Knobler specializes on the Crusades and Early Modern European imperial expansion with a special focus on the concept of  ‘Holy War’ and the different relations between Jews, Christians and Muslims in this context. He is interested in the uses of mythology in history, and comparative global history in the early modern period.

Early Modern Europe and Its Relations with the non-European world, The Crusades; Contemporary Popular Culture

Professor of Center for Religious Studies and CERES Teaching